WHICH WAY DO I GO?

Normally when I have a brainstorming meeting with a up and coming independent producer, I always tell them to bring a recorder because there is just so much information that you will not remember it all. (Many still do not heed my advice). It is always a interesting conversation. I have found myself explaining the filming process over and over again, frequently.  One of the best ways to teach someone the filming process is to just, “DO IT”. I know that sounds tough but there is just so much information to pass on, it is mind blowing.

So I have been searching for a visual that would help explain the process as close as possible and what I found is some cool flow charts that were used to promote Canal+, a French TV channel.  I found them originally, @ https://theinspirationroom.com/

I have loaded the flow charts for your convenience and you are more than welcome to download them for your projects. You might be able to see the charts better on the web page noted but these give you some idea on what to expect. Remember, nothing is permanent on a film production except change. 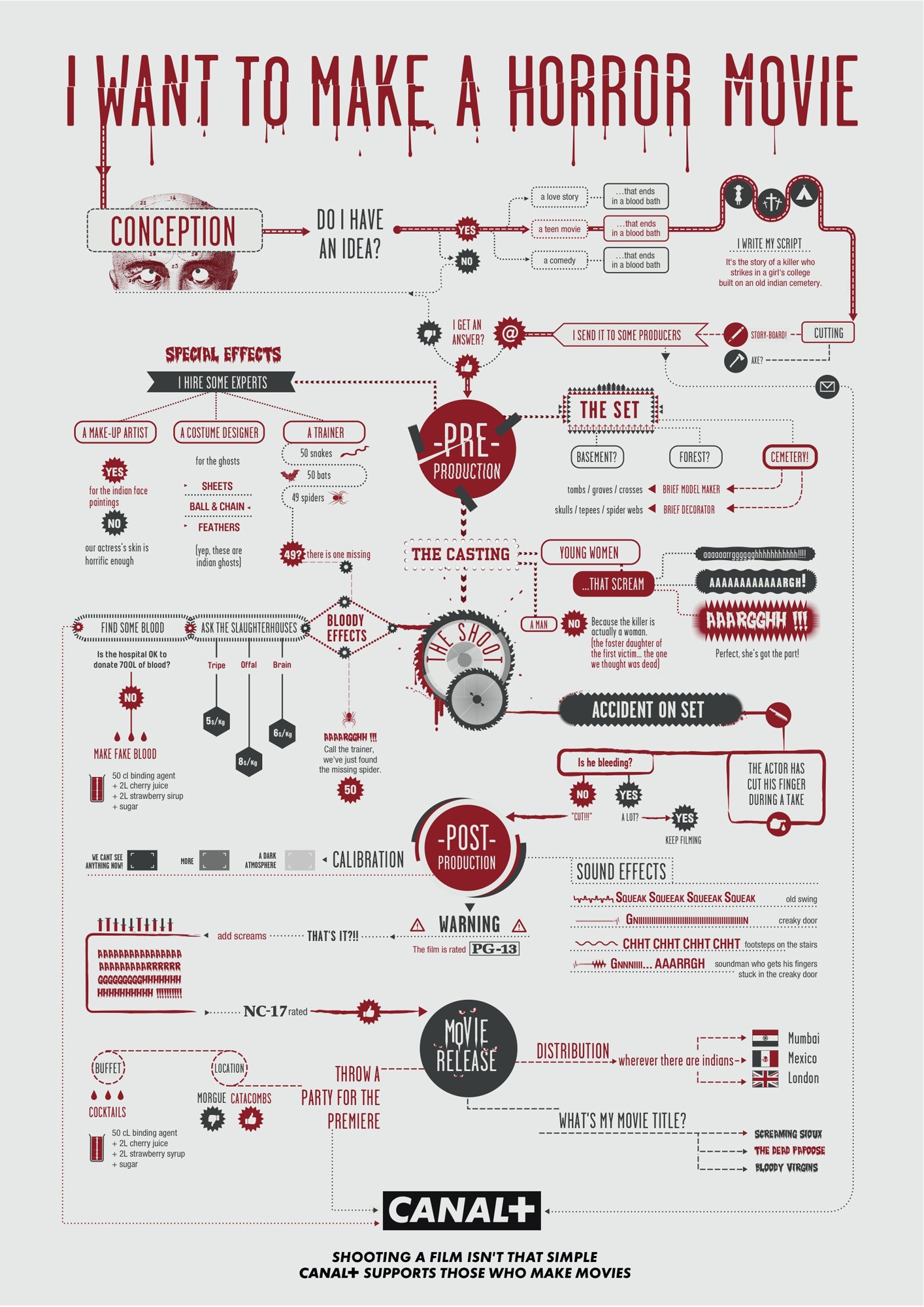 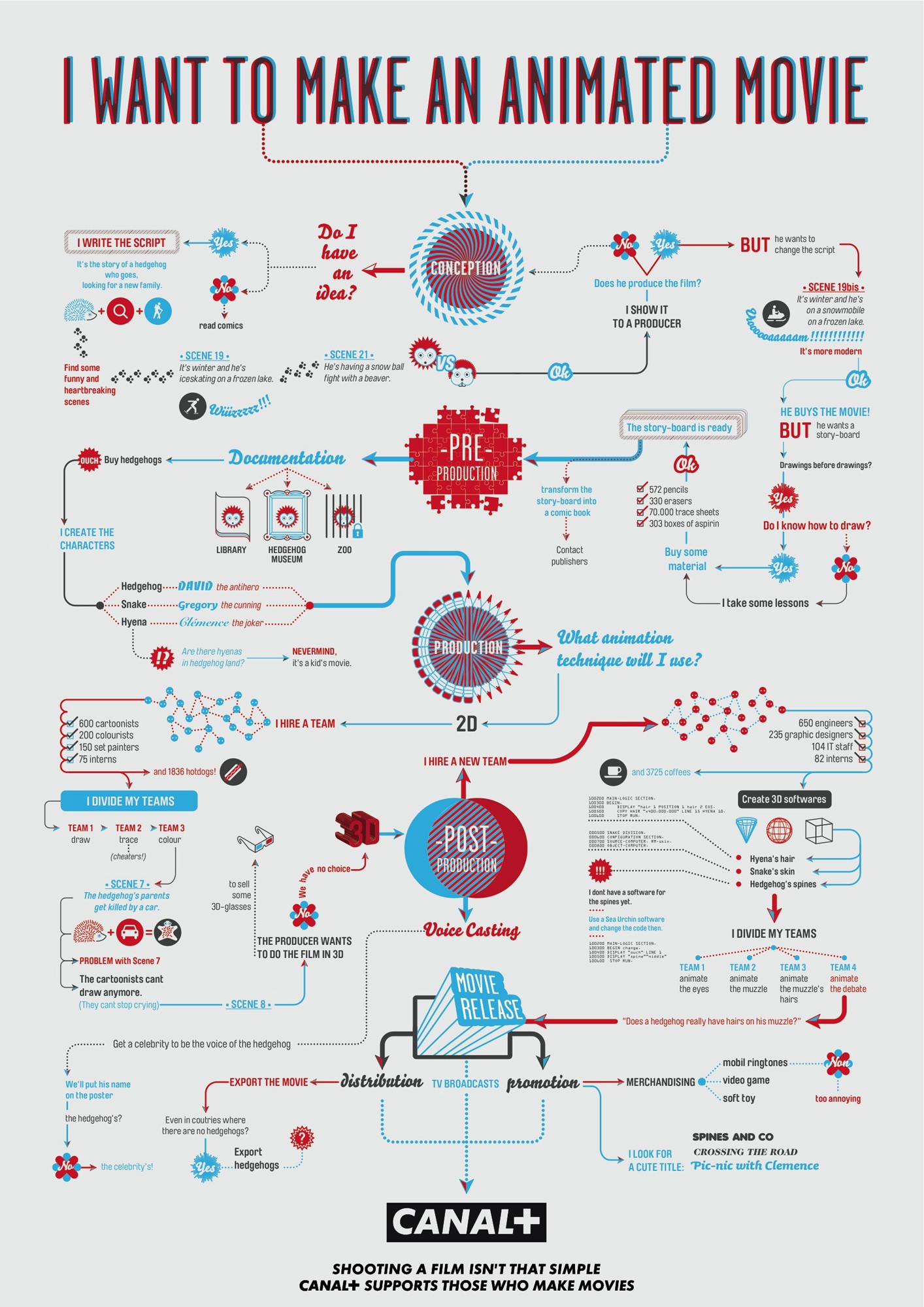 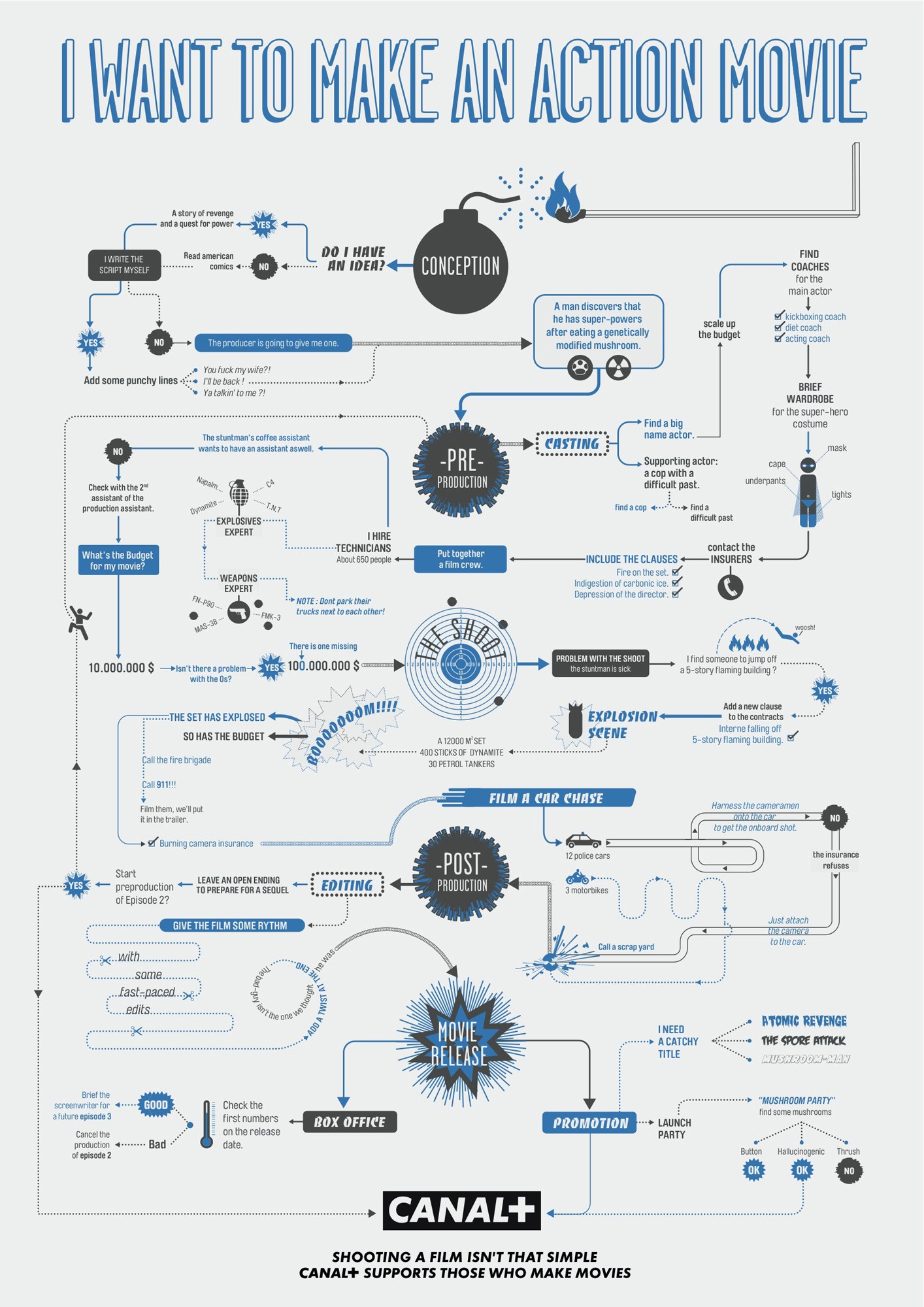 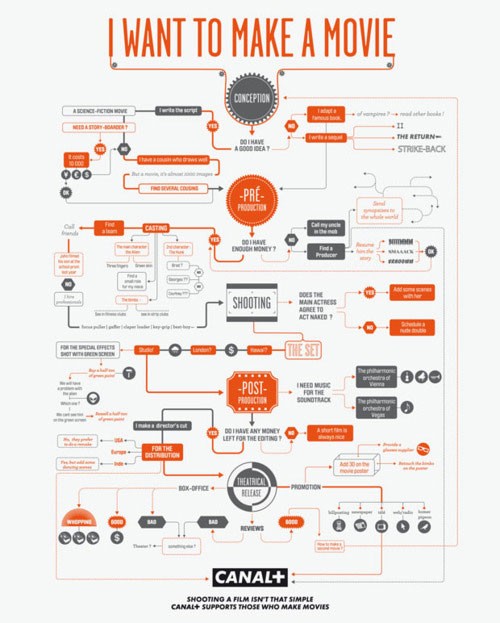 Here is a general Map for submitting to the Lower East Side Film Festival, it has a lot of good information . 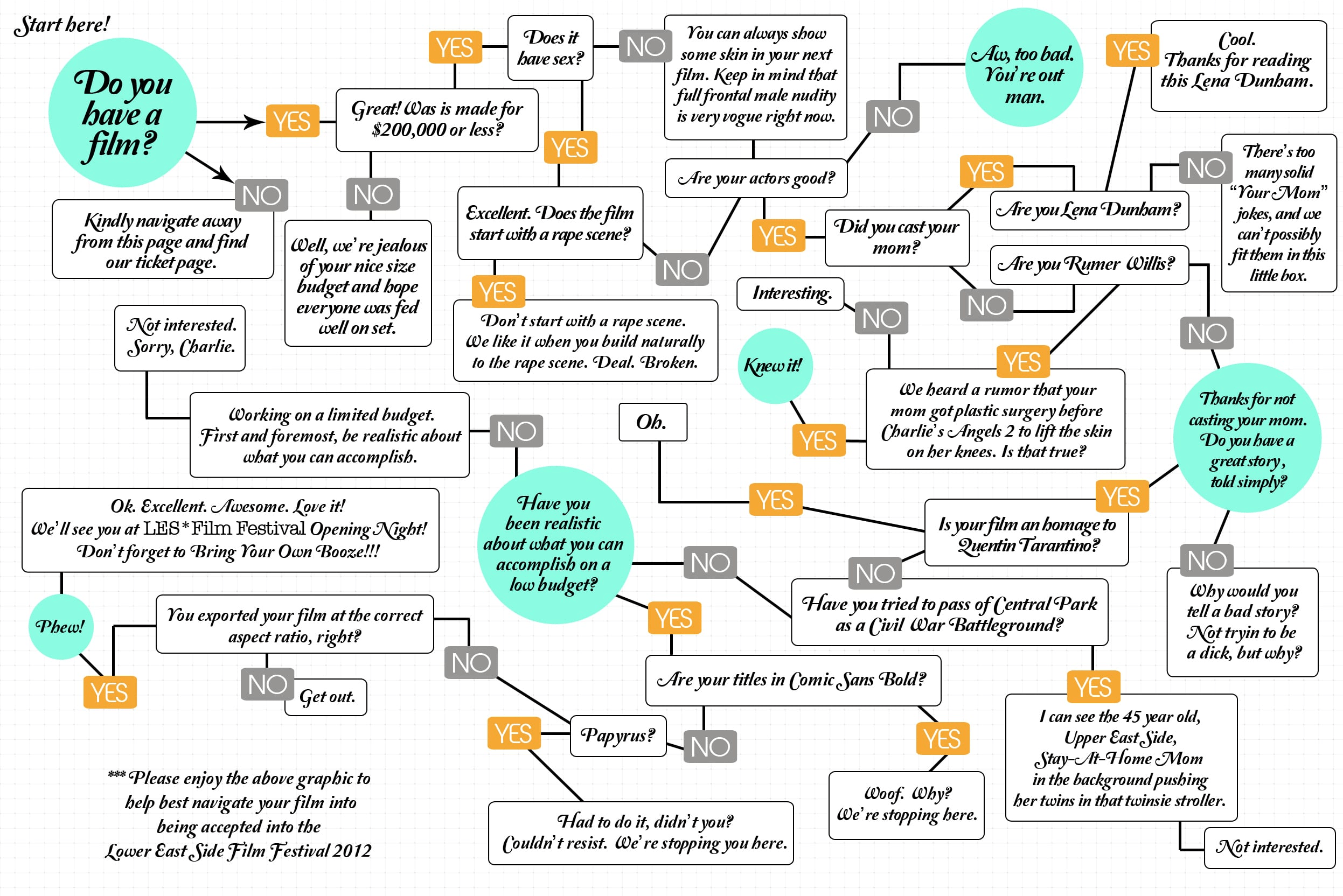